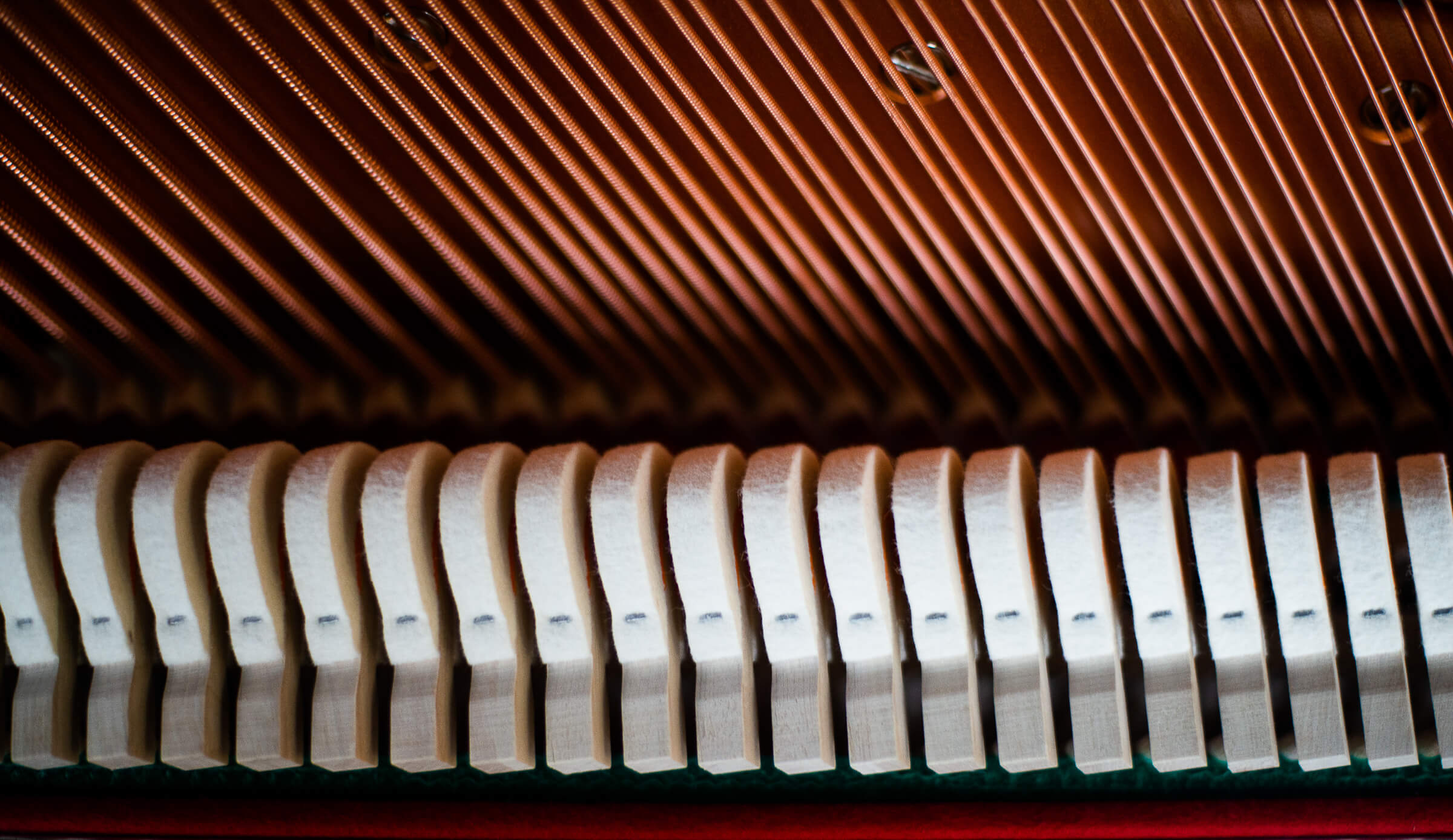 Renner is the heart and soul of today’s pianos

In 1882, after much deliberation and many a sleepless night, Louis Renner came to the conclusion that instrument-building technology (in this case, for pianos in particular) could well have a bright future. Thus, one brisk mid-October day, Renner quietly opened a workshop on Heustiegstraße in Stuttgart specializing in hand-crafted piano actions. Even in those first few years, he was committed to accepting and supplying only the finest quality, thus laying the foundation for an exemplary success story.

By 1902, his company had already outgrown its original location. In a spirit of generosity and pioneering adventure, he had a new, cutting-edge production facility built on what is now Fritz-Reuter-Straße. His workforce had swelled to 35, but founder and initiator Louis Renner’s tireless efforts in planning, improving, expanding, and directing the ever-growing business had taken such a toll on his health that he was forced to retire completely in the fall of 1902.

On October 1 of that year, his son Oscar Renner and Wilhelm Megenhardt became the joint heads of the company: Oscar as the technical director, Wilhelm as the sales director. They followed in the elder Renner’s footsteps, and they were successful in their efforts to carry on his ingenious work.

The year 1906 was a significant one for the company, as it was then that Renner began manufacturing piano hammers – an endeavor that required special new equipment. The company’s workforce continued to grow.

Oscar Renner spurred his company’s technical development along by installing modern machinery and introducing labor-saving methods, and particularly by switching from transmissions to direct-motor drives with hundreds of electric motors.

In order to bring the various branches of piano action manufacturing together under one roof and thus round out its production program, Renner began manufacturing action mechanisms for grand pianos as well.

In 1928, however, the company suffered a painful setback: on December 13, Oscar Renner died suddenly at only fifty years of age. Losing its managing director in the middle of his career dealt the company a heavy blow; the vacuum that his death left behind seemed nigh-impossible to fill.

Through a combination of hard work and fate, Wilhelm Megenhardt was now destined to run the business alone. With a steady hand, he guided the ship through the difficulties of the Great Depression – and the even greater difficulties of the Second World War. But then, in 1944 – just as the war was nearing its inevitable, calamitous end – tragedy struck again. In the early morning hours of July 25th, nearly all of Stuttgart was in flames, and the fire spread to the Renner production facility as well. Every last building burned bright, and water was nowhere to be found, so nothing could be saved – it seemed that all was lost forever. But despite the destruction, despite endless obstacles surmountable only through painstaking effort, the facility was eventually rebuilt.

Amid ongoing difficulties due to nationwide overemployment and a need to expand, it was a wonderful twist of fate when Dr. Manfred Renner, grandson of founder Louis and son of the late Oscar Renner, joined the company in 1951 after completing his university studies and corresponding internship. In the summer of 1952, he became another managing partner and Renner’s new technical director. He took the reins with youthful enthusiasm and arranged for the continued restoration of the entire premises, such that, once construction finished in the fall of 1955, the company was able to move back into its headquarters on Fritz-Reuter-Straße as well.

In 1960, at the ripe old age of 85, Wilhelm Megenhardt retired as Renner’s sales director and named his grandson, Wolf-Fritz Oettler, his successor. Oettler had been preparing for the role for some time, having completed a traineeship and spent several years working for associated businesses in the piano industry, including extended stays in both North and South America.

Demand for Renner actions continued to grow, but the existing business premises left the company no room to expand. As a result, the company purchased a former cigar factory in Östringen (Kraichgau) in October 1960 and converted it into a small branch office for assembly work. The 50 employees at the new Östringen facility also began handling some preproduction work on the company’s hammers.

Wilhelm Megenhardt passed away on June 14, 1965, at age 90. He had remained actively involved in Renner’s business development until his death.

Following a serious illness, Dr. Manfred Renner died on February 7, 1973, at the age of just 59, leaving a leadership vacuum once again.

On January 1, 1977, Rudolf Genger, another non-shareholder, was appointed the company’s technical director.

Not only did Renner’s production figures for actions and hammers increase, but demand grew steadily for quality repair work, as well as for reliable delivery of replacement and accessory parts. Renner expanded its existing components department, set up an ample warehouse, and released a catalogue that dazzled the piano world. That department remains an important part of our business today.

At the end of the 1990s, in light of increasingly stringent environmental protection laws, Renner was obliged to move its grand action and hammer production operations out of Stuttgart.

In 2001, Renner relocated to a completely new factory in Gärtringen, which is around 20 miles from Stuttgart.

The site in Meuselwitz, which is about 25 miles south of Leipzig, was converted into a modern production facility spanning nearly 65,000 square feet. Since then, this location has been responsible for pre-assembly and final assembly of upright and grand actions, hammer production, and component sales. The company’s head offices in Gärtringen became home to woodworking and drilling workshops as well as administrative departments.

Since 1853, Steinway & Sons has been setting exceptional standards in terms of sound, craftsmanship, design, and investment. Steinway & Sons operates two factories, located in Hamburg and New York. The company had been one of Renner’s largest customers and partners for many years, and in 2019, Steinway & Sons became its new owners. Guido Zimmerman, President of Steinway & Sons Hamburg, welcomed Renner as follows: “We are delighted that Renner is now part of our corporate group. Like Steinway & Sons, the company has a very long tradition; it is a leader in its segment, and it delivers exceptional quality to customers worldwide. Our businesses share the same values. It is important that Renner continue to work independently, so that this takeover remains a wholly positive development for the company, its employees, and most of all for the industry and its customers.” 1
expand

Tradition that continues to impress

What started as a small workshop in 1882 has grown into a global company 140 years later. Renner’s guiding motivation of bringing the best possible piano actions to customers around the world has made us friends everywhere we go – friends who remain as loyal to us as they do to their own principles. We are always incorporating new technical and musicological knowledge into our design and production practices, and we strive to improve the quality of our products whenever possible. Though Louis Renner and his descendants came from humble beginnings, their ambition and inventiveness propelled the company to unparalleled international success.